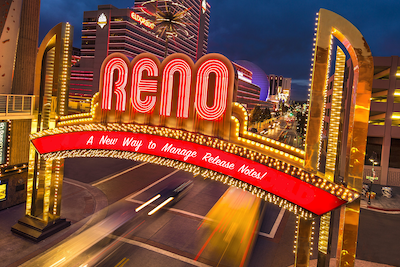 reno is a release notes manager designed with high throughput in mind, supporting fast distributed development teams without introducing additional development processes. The goal is to encourage detailed and accurate release notes for every release.

Reno uses git to store its data, along side the code being described. This means release notes can be written when the code changes are fresh, so no details are forgotten. It also means that release notes can go through the same review process used for managing code and other documentation changes.

Reno stores each release note in a separate file to enable a large number of developers to work on multiple patches simultaneously, all targeting the same branch, without worrying about merge conflicts. This cuts down on the need to rebase or otherwise manually resolve conflicts, and keeps a development team moving quickly.

Reno also supports multiple branches, allowing release notes to be back-ported from master to maintenance branches together with the code for bug fixes.

Reno organizes notes into logical groups based on whether they describe new features, bug fixes, known issues, or other topics of interest to the user. Contributors categorize individual notes as they are added, and reno combines them before publishing.

Notes are automatically associated with the release version based on the git tags applied to the repository, so it is not necessary to track changes manually using a bug tracker or other tool, or to worry that an important change will be missed when the release notes are written by hand all at one time, just before a release.

Modifications to notes are incorporated when the notes are shown in their original location in the history. This feature makes it possible to correct typos or otherwise fix a published release note after a release is made, but have the new note content associated with the original version number. Notes also can be deleted, eliminating them from future documentation builds.